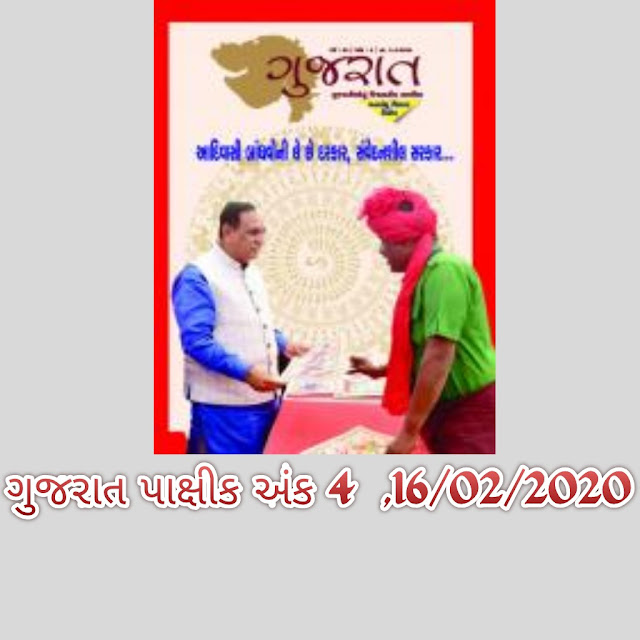 GujaratPakshik will be first magazine. which inform every new government scheme to people of Gujarat.
Magazine of Gujarat Pakshik have articles on various interesting topics in Gujarat fortnightly. In This Magazine Education, health, public services, agriculture, employment and everything is mentioned in simple language
The Magazine of GujaratPakshik, will be extremely useful for the students who preparing for the competitive exam’s.
It mention all the upcoming events in Gujarati fortnightly, & those topics are be in the all examination. The Pakshik  Magazine can prove to be a boon for every student who are preparing for GPSC.
Gujarat Government direct connect with the people of Gujarat. by this magazine & is a transparent bond that connects the people with the government. The magazine is sent by the Government of Gujarat fortnightly in every government offices & its free for those.
If it is appropriate to publish any important public-oriented matter in the Gujarat State in your area. you can send it to ([email protected]) from email then it will be attempted to place it in Pakshik as per it value.
About Gujarat Pakshik Magazine :
Editor : Ashok Kalaria, Minesh TrivediCo-Editor : Arvind PatelExecutive Editor : Pulak TrivediVice-Editor : Parimal DesaiCo-producer : Devang Mewada, Harshad RupaparaArt-Director : Jasmin DaveDistributor : Jayesh Dave, Ishwar Thakor